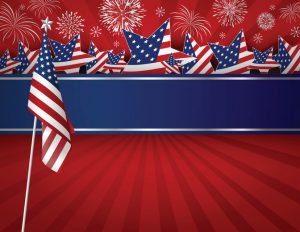 It’s that time of year again! Labor Day is our last chance to celebrate the summer. But what actually is the meaning behind Labor Day?

Labor Day began in 1894. The US Congress decided that the first Monday of every September would honor the working men and women of our great country. This would include everyone from plumbers, carpenters, teachers, and yes, even the orthodontic team at Total Orthodontics!

Labor Day was a great achievement for the country’s labor movement. The Labor movement got its start during the second half of the 1800s. These were the beginnings of the Industrial Revolution. During this time, it was normal for laborers to work every day of the week for 12 hours a day. Despite all this work, they weren’t earning enough to live on. Wages were so low that families needed their children to help earn money in the factories! Even worse, the children were paid nothing close to what the adults received. The children also had to work in dangerous environments without enough rest, clean air, or even good bathrooms.

Because of this, workers began creating unions in order to raise wages, shorten hours, and make the factories safer. The unions would often have strikes in order to get businesses to accept their demands. One of the most famous of these strikes happened in Chicago in 1886, during the Haymarket Riot. During the riot, many people, including police officers, lost their lives.

Four years before the Haymarket Riot, workers had put together the first ever Labor Day parade in New York City. During the parade, over 10,000 workers marched together from City Hall to Union Square.

Some still argue about who deserves the credit for Labor Day becoming a national holiday. Some point to Peter J. McGuire, who co-founded the American Federation of Labor. Still…some others feel that Matthew Maguire, secretary of the Central Labor Union, deserves the most credit. No matter who established it, Labor Day has become a big part of American tradition. Modern Labor Day celebrations are chock-full of everything from picnics to fireworks. At Total Orthodontics we hope that we’ve helped you to see Labor Day as a marker of everything working people have achieved over the last century.

And with that, our office would like to wish all of you a terrific end of summer and a happy Labor Day! Feel free to call Total Orthodontics at our Greenwood Village or Lone Tree CO office with any questions or to schedule an appointment.

And don’t forget the other fun holidays coming along with Labor Day, including: